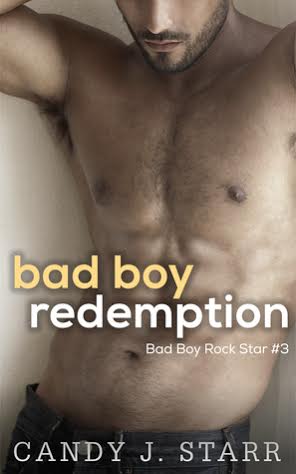 Life is sweet for Hannah and Jack. Finally, they are together and Jack’s band, Storm, have been signed to a major label after completing a successful tour.

Then tragedy hits the band, sending Jack off the rails. Hannah wants him to make peace with the demons from his past but he refuses to face up to his issues. Meanwhile, Hannah has problems of her own when her father’s crimes are exposed, and are much worse than she’d ever expected.

Are they damned beyond repair or can their love redeem them?

I came downstairs in my suit. Jack always laughed at me when he saw me dressed like a “corporate bitch” but this time he wasn’t laughing. He’d slept on the couch again, as though he felt obligated to do so now, but woke up when he heard me in the kitchen.
“You aren’t still going to work for that guy?”
“Yes. It’s my job.”
He glared at me.
“We don’t need the money. You have a job – managing my band.”
“And having contract law experience is only making me better at that job.”
He stared at me and I stared back. I sure as hell wasn’t going to back down on this. I couldn’t let him start controlling my life or who knows where it would end.
“He’s a creep. You said so yourself. And you’ll be alone in that office with him all day. That isn’t good, Hannah.”
I turned on the coffee machine and let the noise drown out his voice. I remembered last Thursday; we’d gone a whole day without arguing. That was a great day. I should circle it on my calendar.
I made Jack a coffee, despite his bitching.
“I can look after myself. I’ve known this guy since I was a kid. He’s not going to start sexually harassing me now. He’d get a swift kick in the balls and a lawsuit. I’m not a simpering little sap who can’t stick up for myself. Anyway, there’s a whole office full of people. It’s not like we’re alone.”
“Cheers,” said Jack, picking up his coffee. “Is there every going to be a day when I say something and you go ‘yeah, Jack, you are totally right, I’ll do that’?”
I sat down beside him.
“Chances are pretty damn low on that, I’d say.”
Jack laughed.
“You wouldn’t love me if I was like that anyway.” I punched him on the arm.
“Who says I love you?”
“You do, every time you look at me and every time you speak to me. You may as well get a tattoo on your face saying ‘I love Hannah’ because that’s how much it shows.”
Jack’s kiss tasted like coffee and that made it all the sweeter. It was like multitasking. 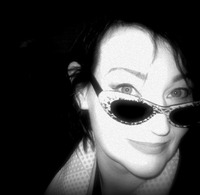 Candy J. Starr used to be a band manager until she realised that the band she managed was so lacking in charisma that they actually sucked the charisma out of any room they played. “Screw you,” she said, leaving them to wallow in obscurity – totally forgetting that they owed her big bucks for video equipment hire.

Candy has filmed and interviewed some big names in the rock business, and a lot of small ones. She’s seen the dirty little secrets that go on in the back rooms of band venues. She’s seen the ugly side of rock and the very pretty one.

But, of course, everything she writes is fiction.

I am writing a piece on seduction and will share with you when I am done. This is my first attempt at writing anything, other than those old college papers I wrote a long time ago. Those were about business and marketing plans.

I believe seduction comes in different ways. My husband and I seduced each other over the phone, 35 years ago. I want you to share how you have experienced seduction. Did you give in to it? How have you been seduced? Or did you do the seducing? What does seduction mean to you? It can be just one word, a sentence, a person, a book, an act….feel free to share, be creative, be yourself.

Is this picture seductive? Is it the color red? The woman’s pose? The skin showing?

Can food be seductive? 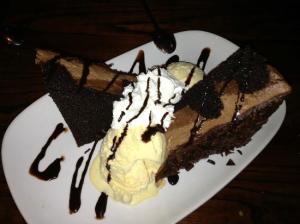