Title: Intense 2 ( A Collection of books from some of today’s bestselling authors)
Release Date: December 1st
**On sale for a limited time only & at a special low price**
Format: Ebook Only and Exclusively at Amazon
Genre: New Adult Romance
For a complete list of titles in this anthology please see book blurb*

One book from one bestselling author is exciting, but when you put ten all together what you get is something more.

Intense 2 is a collection of stories from ten authors who bring their A game every time they sit down with a blank page. Combined together you get a limited edition read jam-packed with passionate encounters, powerful alphas, and romance that will keep you warm at night.

This is a must read for any romance reading, page turning book addict. Download it now before it’s gone!

Join us for the unveiling of K.C. Stewart’s 3rd book in the Haily Holloway Series. Take a moment to sign up for the giveaway, find out what all the talk is about and hopefully you will share this post with others.
♥ Help support our Indie Authors! ♥ 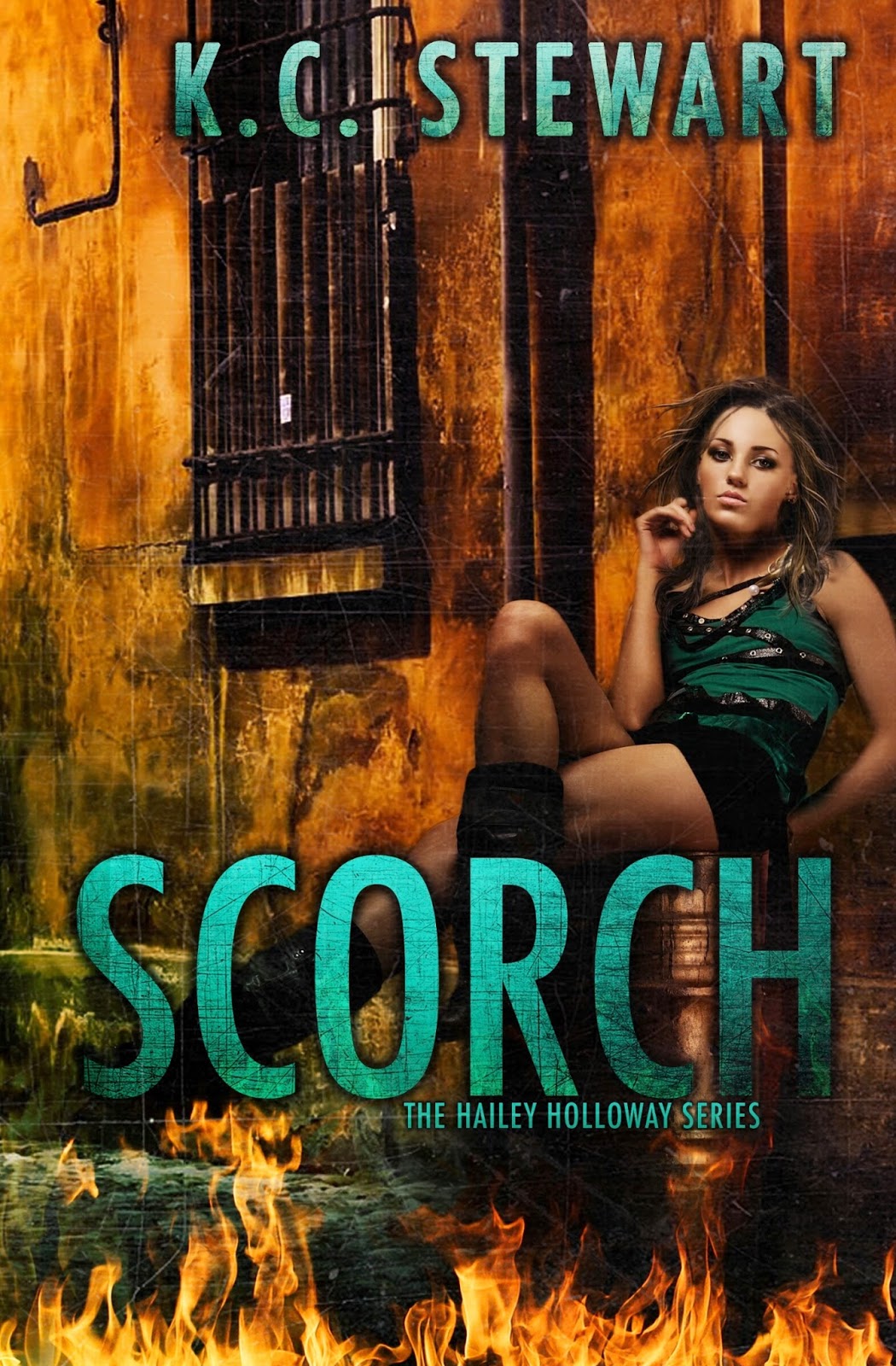 Hailey Holloway has a serious knack with running from her problems. At the first sign of trouble she can be found lacing up her Nikes and hitting the road. Dacea has been patient with her, but a man can only handle so much. He told her before that he would not chase after her again and is he nothing, if not a man of his word. Katherine is more than happy to pick at the wound that festers between them. If she picks enough, she just might make one or both of them bleed.
War is on the horizon. Together, they need to convince the leaders of Blue and Silver to join their crusade against the Council, but can they put their differences aside and stop fighting long enough to help those in the line of fire?

Other Books in the Series 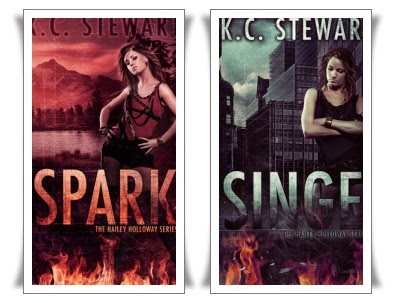 Who is K.C. Stewart?

K.C. Stewart lives in central Pennsylvania with her three cats. She is currently attending college online for Library Science while working full time as a photographer. In her spare time—which isn’t easy to find—she reads an obnoxious amount, and writes in between everything else. K.C. has a very real addiction to gummy bears and talking to her cats when no one is around.
Where to find K.C. Stewart
Goodreads Author Page: https://www.goodreads.com/kcstewart
Website: http://kcstewartauthor.wordpress.com/
Facebook Page: https://www.facebook.com/kcstewartauthor 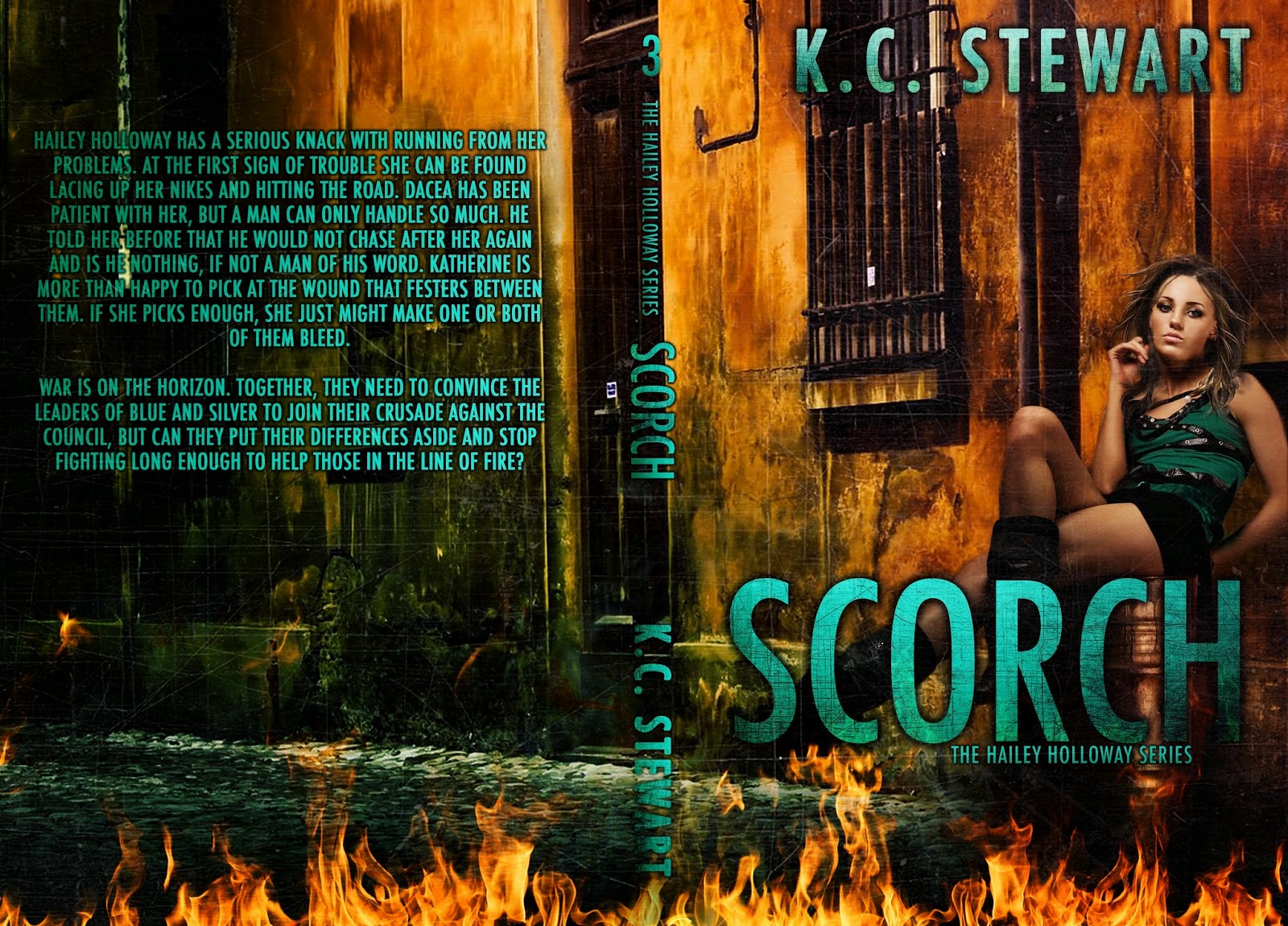 His secrets will destroy her.

With his smart mouth, dirty talking, and possessive behavior, Sebastian Brand has me hooked in the most shameless way. I’m obsessed with him. However, now that I’ve escaped the mental hospital, he seeks to control my every move.

The overwhelming aloofness in his attitude and the darkness in his mind tells me there is more to this man than sheer dominance. Depravity is his playground and pain is a necessary evil.

Keeping me away was his first instinct.

Capturing me was his second.

Claimed by a man with the exterior of an angel and the mind of a brute, I will do anything to unveil his secrets and face my own demons.

Life is never a given. Only a certain death.

This is Volume 1 in the Delirious Series, which contains 3 volumes and a prequel. This book is a full-length novel. These books should be read in order.

Check out my sexy books: http://smarturl.it/clarissawildbooks

Ryan Millen. Notorious playboy. Forever a bachelor. Never one to settle. Loves his one-night-stands. Ryan has loved his single status without any desire to settle down into a permanent relationship. Why would he? To be in a relationship requires work and sacrifice. Why go through all that trouble to make himself miserable just to make a woman happy?

Lynn is struggling to get by day-to-day. Thirty-two years old, she can’t find a job in a saturated market. She can no longer afford to pay the bills with her minimum wage job after her ex dumped her while she’d been in middle of nursing school. He walked out on her to “find himself.” Now she finds herself on her brother’s doorstep, begging for a place to stay so maybe she can find a way to crawl out of the hole she’s been swallowed by. Embarrassed by her situation, she vows never to become dependant on a man again.

Ryan’s world is turned upside down when one of his one-nighters throws a wrench into his perfect single life. He loses himself not knowing how to handle a situation he never wanted. His life spins out of control, about to lose his job and his mind.

Will Ryan’s new world destroy him or can he accept it and move forward with a chance for a life he’d never planned, but if he embraces could open up his heart for an unexpected surprise. Can Lynn save Ryan from himself? Can Lynn allow herself to open up to Ryan and trust again? What happens when they push against the natural draw they have towards one another?

And what happens when Ryan’s one-nighter reappears, set out for revenge?

**Not suitable for under 18 years of age due to sexual content and some violence.

Seven in the morning and Ryan lumbered through the front door of the house. He was beat-up and exhausted. In that been-f%%ked-all-too-good kind of way. He tossed his keys on the entryway table and went straight to the kitchen. A fresh pot of coffee was half gone, which meant his brother was up, ready for his workday. Ryan decided to skip the morning brew so he could get some rest. He started up the stairs when Beth appeared at the top, hands on her hips, and a deep frown on her features.

“Where have you been?”

He stopped, stunned. Talk about out of character. His sister-in-law was anything but confrontational. “Ummm….out.”

“Yeah, we know,” she said. “You should have been home last night. Sean called the hospital to talk to you but they said you were sent home.” She started to wobble down the steps. Her tiny body looked disproportionately pregnant with twins. The poor girl had gotten to the point in the pregnancy where it started to become painful. “Where have you been?”

“You’re not my mother, Beth,” he said, trying unsuccessfully to hold back his bite. “I don’t need another one of those. Got one. Don’t answer to her and not about to start answering to you.”

She gasped, her eyes grew wide and flashed with hurt.

“You do answer to me,” his brother growled from behind him. “And if my wife asks you a f#%king question, you better f%^king answer it, Ryan. Where the hell were you last night?”

Ryan whipped around. “I went out to relax.”

Sean cocked a brow. “All night?”

His brother braced his hands on either side of the stairwell walls, as if trying to keep himself from coming after him.

International Amazon Best-selling Author Casey Clipper lives in Pittsburgh, PA. She’s a known sports fanatic and chocolate lover (though that should be classified as more of an addiction). Like you, she loves to lose herself in a good romance novel and carries her Kindle with her everywhere. Casey is an active member of the Romance Writers of America, Contemporary Romance Writers, TRRW, the Authors Guild, ASMSG, Pennwriters, and IAN.