Into the Series Book 3

Noah Cole has it all.

The high profile job, money and a beautiful fiancé.

There’s only one problem. He doesn’t want any of it. When he imagined life he didn’t see this, he saw happiness in the arms of the only girl who ever held
his heart. She wasn’t the one who got away, she was the one he chased away.

His best friend. His soul mate.

Madison Leigh remembers the day she met Noah. He walked into her life full of charm and sexiness, and he crushed her without even trying. Walking away was
one of the hardest things that she’s ever had to do, especially since all she wants now is him.

Now years later they are friends, sticking by each other through thick and thin. But when one of their worlds come crashing down, changing everything they
thought they knew, will there still be a place for them in each others life? Or will it become too hard to hold on to each other?

Will life get better for them, or will it be like leaping from the frying pan…

I’m a contemporary romance author , and I am just about to complete my first series of books called The Into The Series.

I live in Scotland with my husband and three amazing children. I live in a very small village in the country so writing makes it easier to have friends,
even if they are in my head.

I have always been a huge reader but it wasn’t until 2013 that I was…lets say encouraged…to write my first book. I published on my birthday in 2014 and
have been on a crazy roller coaster ever since.

My favourite things to read about are tattooed alphas…and if they have a dirty mouth its all the better!

I have met so many awesome people on this journey and I never imaged talking to some of my favourite authors, never mind calling some of them my friend.

If you ever go to a signing and there is a Scottish redhead fangirling in the corner….well thats probably me!

Other books in the series:

Into The Deep (Into The Series #1)

Into The Dark (Into The series #2)

I walk past my dark bedroom and I realise my mistake when I’m grabbed from behind by a strong pair of arms. I can’t believe he was hiding, and I can’t
believe I fell for it. A scream leaves my throat as Noah’s arms tighten around my waist and he lifts me off the floor.

“Got you now, little girl. Whatcha gonna do about it?” The words are spoken close to my ear, his breath fanning over my face. I’m torn between being scared
of what’s about to happen and being more turned on that ever before, but my decision is made when I feel him moving towards … the bathroom I think? I try
to pry his hands off me but I know it’s going to be useless.

“Noah, what are you doing? This is silly. Lets just call a truce and go tidy up the hall? You don’t want anything to be stolen. This is a bad
neighbourhood.” I feel his body vibrate and his laughter reaches my ear before he speaks.

“Nice try, Angel. That’s all tidied up, your door is locked … it’s just you and me.” How the hell had he cleaned up so quickly? I must have been trying to
calm down longer than I thought.

He turns our bodies around and I see we’re in the bathroom, and he’s moving me towards the bathtub. No, no, no. He wouldn’t? I struggle harder but he’s
just too strong to fight against.

“Noah, don’t you dare. I swear if you do this I will make you suffer. It won’t be worth it. Noah, no!” He doesn’t stop moving, my pleas falling on deaf
ears as he moves me under the showerhead and reaches his hand out for the cold tap.

“Noah, please. I’m sorry okay? I promise never to laugh at you, no matter what epically stupid thing you do.”

“Wrong answer.” He turns the tap and within seconds freezing cold is spraying over me, drenching through my clothes and making my breath catch in my chest.

No one ever said a lasting love would be easy.

When Chase and Kay hit the streets of Las Vegas, the goal is simple—rescue Will, Chase’s brother, from making the biggest mistake of his young life. But keeping Will out of trouble turns out not to be the only obstacle in Chase and Kay’s path. Finding himself back in the city that broke him, Chase’s heartbreaking past threatens to derail all the progress he’s made.

However, Chase is determined not to let that happen.

While striving to help Will before he implodes, Chase seeks to come to terms with the things that almost destroyed him. He soon discovers that the answers to the most complicated questions sometimes lie in one’s own heart. You just have to be willing to dig deep enough to find them.

Can Chase succeed in doing that?

Just Let Me Love You is a story of healing, letting go, and trusting love to guide you. The conclusion of the Judge Me Not trilogy brings everything full circle.

Third and final novel in the Judge Me Not series/trilogy.

I Stand Before You (Judge Me Not Book 1)

Never Doubt Me (Judge Me Not Book 2)

S.R. Grey is an Amazon Top 100 and Barnes & Noble Top 100 Bestselling author. She is the author of the popular Judge Me Not series, as well as the Inevitability duology and A Harbour Falls Mystery trilogy. Ms. Grey’s novels have appeared on Amazon and Barnes & Noble bestseller lists in multiple categories, including #1 on the Barnes & Noble Nook Bestsellers list last year.

New novels slated for 2015 release dates are Inevitable Circumstances (Inevitability #2), and a New Adult novel to be revealed in the future.

Ms. Grey resides in Pennsylvania. She has a Bachelor of Science in Business Administration degree, as well as an MBA. Her background is in business, but her true passion lies in writing. When not writing, Ms. Grey can be found reading, traveling, running, or cheering for her hometown sports teams. 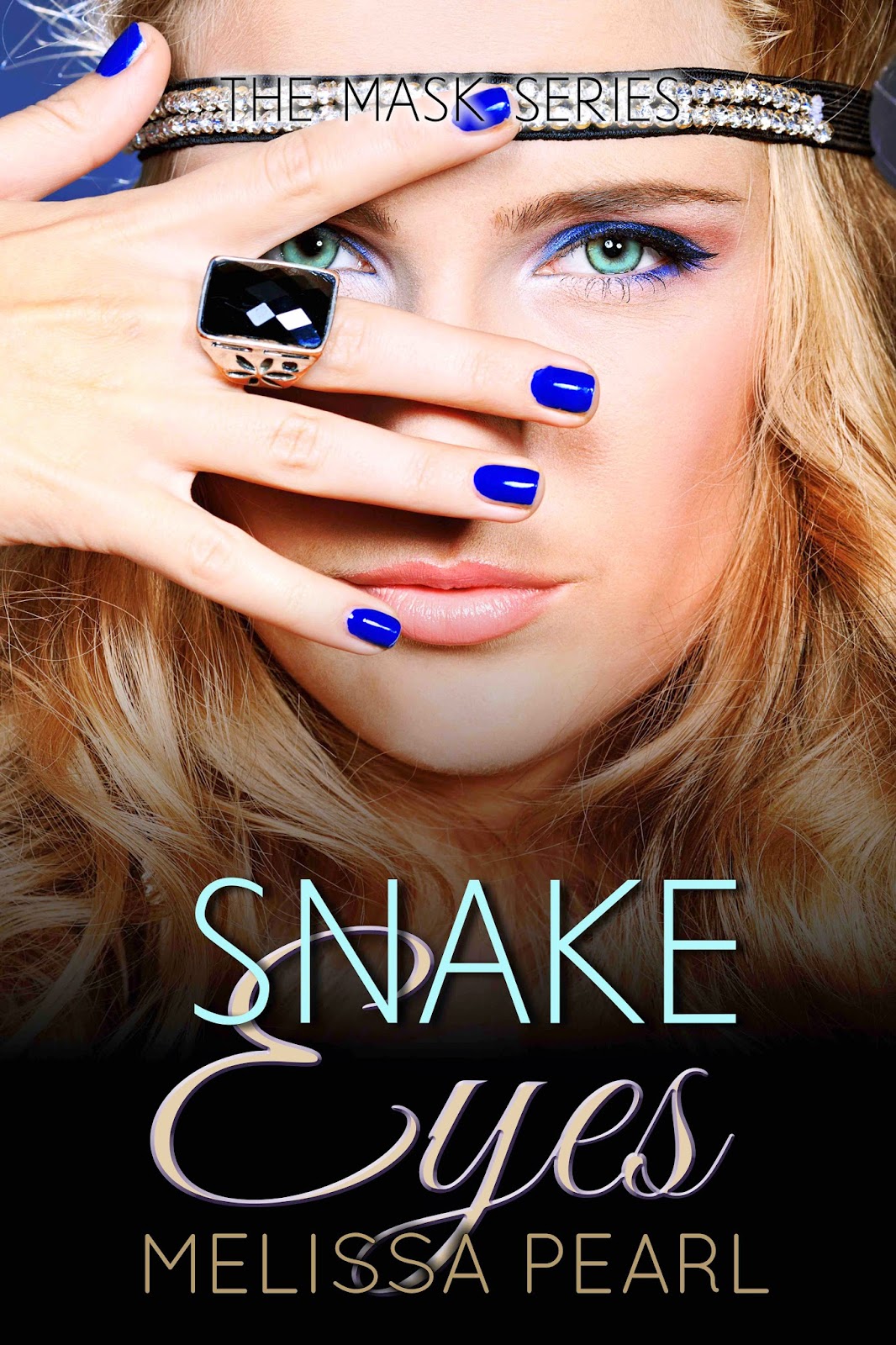 Caitlyn Davis expects
her sophomore year at UCLA to be perfect…until she walks into her dorm room
to find Special Agent Zoey Kaplan of the FBI waiting for her. In that instant,
she knows her idyllic year with new best friends, Nicole and Dale, along with
her super hot boyfriend, Eric, is about to fall apart.
Having been forced to
work with the FBI months earlier, Caity accidentally gave away her special
ability to read people’s emotions and know whether they were telling the truth.
Now, Kaplan wants Caity to go undercover again for a secret operation that will
bring her close to the sadistic Diego Mendez, a man believed to be involved in
human trafficking.
Eric Shore is not a
man who trusts easily. Having been burned multiple times, it’s hard for him to
open up completely, but his love for Caity makes him want to try. Yet, her
sudden withdrawal worries him, particularly when she chooses to spend time with
her new roommate, Quella Mendez, over him. When Caity’s behavior begins to
match that of her wild roommate, Eric wonders if their relationship is as
strong as he believed.
As Caity struggles to
maintain her relationship and do her job, she finds herself pulled further into
a dangerous world that could take away everything she holds dear. Will Eric
learn the truth in time to save her? Or will the man with the eyes of a snake
destroy their perfect romance?

Melissa Pearl was
born in Auckland, New Zealand, but has spent much of her life abroad, living in
countries such as Jordan, Cyprus and Pakistan… not to mention a nine month
road trip around North America with her husband. “Best. Year. Ever!!”
She now lives in China with her husband and two sons. She is a trained
elementary teacher, but writing is her passion. Since becoming a full time
mother she has had the opportunity to pursue this dream and her debut novel hit
the internet in November 2011. Since then she has continued to produce a steady
stream of books, ranging in genres from Fantasy to Contemporary Romance. She
loves the variety and is excited about the books she has coming up in 2015.
“I am passionate
about writing. It stirs a fire in my soul that I never knew I had. I want to be
the best writer I can possibly be and transport my readers into another world
where they can laugh, cry and fall in love.”