“If I have learned anything in life, it is that love is dirty and cruel. Love is frail, too easily shattered by lies and betrayal. Real love is a pipe dream, something I never wanted anyway. Or so I thought…”

Baddest of the bad boys, Justin Dorsey is all about the pleasure life can bring. As bassist for the Bangin’ Mofos, he has reaped the rewards of his life on the small stage of the Copperline Bar by night and paid the bills as a college professor by day. He’s kept the two totally separate. Isolated.

Then he finds himself captivated after a night that cannot be undone. He’s suddenly tempted by his sole taboo. A thirst he must not quench. An itch he must not scratch. A craving he simply cannot satisfy.

The bigger they are, the harder they fall, and Justin’s world crashes down around him. Everything he thought — everything he knew — tells him to stay away.

But the need only grows stronger. The memory only intensifies until it consumes him. That one forbidden touch.

That taste of hot, dirty love.

Sibylla Matilde grew up in the mountain valleys of Southwest Montana, and grew up exploring the alfalfa fields on the back of a horse. She attended a two-room schoolhouse 1st through 6th grade where she had same teacher the whole time. Beginning at about age 12, Sibylla discovered historical romance, feeding off of work of Jude Devereaux, Lisa Kleypas, and Karen Robards. She loves a book that can make the reader run the gamut of emotions, from the sweet glow of new love to gut-wrenching heartache. She always has stories floating around in her head, living in some fantasyland until she writes them down to free them. She is a true romantic, a bit of a Pollyanna, and a deeply emotional soul.

Music is her emotional trigger. Growing up with a Wagnarian-opera-loving mother, Sibylla grew up with music that digs deep into her soul and pulls out emotion. The soundtrack to her life includes different genres and generations. She looooooooves Thirty Seconds to Mars (rather obsessively, actually) with a little Kings of Leon to mix things up, and pimps them out regularly to all her friends through Spotify. She also enjoys watching Met Opera HD broadcasts at her local movie theater, and hopes (listening Met?) to someday see Diana Damrau reprise her role as Mozart’s Queen of the Night in Die Zauberflöte – The Magic Flute.

Sibylla lives with her husband, Mike, a man who she firmly believes saved her from her self-destructive, hot mess self. He makes her laugh every day, even when things seem to be falling apart around them, and has proved to her that love really can heal a shattered soul. In 20 years, they have never had a fight, but argue regularly with their two teenage kids who have, unfortunately, inherited their father’s quick wit (unfortunate as it is a quick wit that Sibylla, herself, definitely does not possess – there is a reason she is a writer and not a stand-up comedian), and live a quiet life with their two weird little rescued Chiweenies. Wait… teenagers and little yap-dogs? Okay, maybe not so quiet. 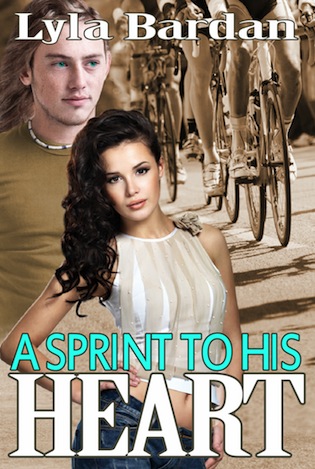 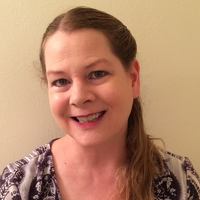