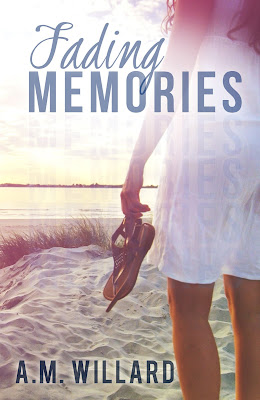 Goodreads | Amazon US | Amazon UK
Amazon CA | Amazon AU
Synopsis
Isabel Nichols’s life
changed in more ways than one through the years. As a young child, she
experienced a loss that devastated her. It wasn’t until she was an adult that
the universe around her shattered. In a twenty-four-hour time frame, she lost
what she’d thought was her world. What followed was a year of mourning, a year
of grieving, a year of darkness. Now, there’s one man who can show her the
light.
Dakota Jackson left his
life behind on a whim, moving to a beach cottage away from the big city where
he grew up. He sees through Izzie’s clouds as he gets to know her, with the
drive to be everything that she’s ever needed. The only problem is, Dakota
holds the key to a secret that could ruin both of their hopes and dreams.
Passion isn’t always
enough to heal a broken heart; love isn’t always enough to guide you through
the darkness.
This is about two souls
that were meant to be together from the day they were born. Two people who have
to figure out a way to look past the memories. It’s the now; it’s living your
life as you’re meant to, loving the one your heart craves. It’s about letting
go of the grieving, learning to be who you are, and accepting life for what it
is.
Can
love cure all things despite its hardships? 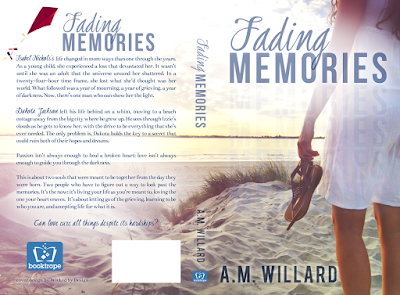 Endorsement
“A.M.
Willard has the combination to unlock your heart. This is a elegantly written
book and an emotional journey that I highly recommend reading.” Author Addison
Kline.
Excerpt
Dakota
has positioned me over his leg as he moves us as one to the words. The gentle
sway back and forth and steady dips have ignited my core. It’s not just the
words being sung, it’s his touch, and the way he’s staring into my eyes. The
song I’ve loved for years is becoming something that is my life. He’s the one
who not only turns me on, but can turn me off in a split second. No one has
ever been able to cause the surge of emotions within me like he has in this
short time. The song ends just as he brings me up to his chest allowing out
foreheads to touch. My heart is beating so hard against my chest that it feels
like it’s going to jump out and into his. I know he hears the fast pace of my
breathing, just as I can hear his.
Teasers 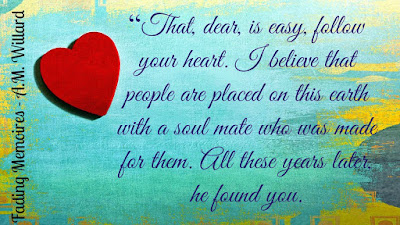 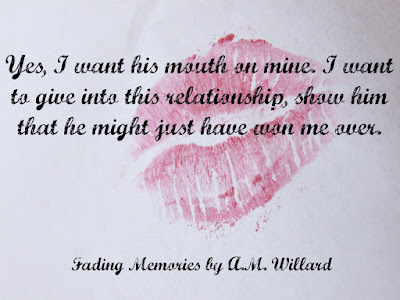 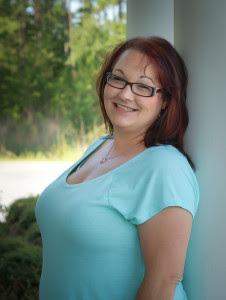 A.M. Willard is a true believer of soul mates, and happy ever
afters. She enjoys reading, sailing, and of course writing contemporary romance
with some saucy scenes. Releasing her first novella of the One Night Series on
April 12, 2014 has sent her on a new journey in life. A.M.’s passion for
writing started at a young age, but with the love and support from her husband
of eighteen years pushed her to follow her dreams. Once she hit that first
publish button, she hasn’t looked back.
Publications available from A.M. Willard include the Chances
Series, Love on the Screen, and everyone’s favorite, the One Night Series.
She’s also had an article published in the Writer’s Monthly Review Magazine and
was just accepted into the Romance Writers of America organization in May of
2015.
A.M. Willard was born and raised in the Panhandle of Florida, but
resides in Savannah GA with her husband, son, two cats, one rotten dog, and her
six chickens. Yes, we said chickens…
You can connect with A.M.
Willard on her website at www.amwillard.com or subscribe to her newsletter for
the latest releases, teasers, and sale alerts: http://eepurl.com/bb-Cd1