Fall in love with the strong men and smart women of McCallister’s Paradise!
At their tropical island resort, the McCallister family works hard. Life in
Paradise should be perfect. After all, the place is great for a romantic
getaway. Unfortunately, the five McCallister siblings are still searching for
their happily ever afters… and romance always seems just out of reach.
But determined hearts won’t be denied. And when love is on the line, a McCallister
doesn’t fall halfway!

Happy Endings – Book 1 (on sale for just 99 cents!)
Handsome, wealthy Quinn McCallister is the most eligible bachelor on McCallister’s Paradise. Making his family’s island resort a success is all that matters to this workaholic. Everything changes when he meets the beautiful new massage therapist…
Larissa Bennermay has survived cancer, but its aftermath left plenty of problems besides the ever-looming fear of relapse. Her family nearly went bankrupt paying for her life-saving treatments. She desperately needs the full-time therapist position on the island and the benefits that come with it. The last thing she wants is problems with her boss, or a complicated office romance.
Its’s hard for her to resist Quinn’s charms-or his passionate side. However, Quinn is married to his job.  The choice between love and work is tough for him to juggle and has Larissa scared. If the cancer recurs, could she count on him to be there for her? Or would he leave her to face it alone, ending her relationship in tragedy?
Diving Into Love – Book 2
Parker McCallister is the playboy of the family, never having a care in the world beyond his next fling. When Sierra Burns nearly runs him down on horseback, she challenges him in ways he’s never experienced. Now all he has to figure out is how to capture this beauty’s heart, and this time it is about more than sex and fun for him.
Shortly after meeting Parker, disaster strikes for Sierra and her secret troubles are revealed. Now she needs his help in the worst way. The only problem is she wants to earn her place in life and have a chance to be the person she wants to be, not who her rich parents expect of her. Taking charity from Parker or his family would feel like a lie to her convictions, and she doesn’t want dating him to be a condition of accepting their help.
Despite her hesitations, Parker’s charms and charisma are hard to resist. Just when she gives up fighting against the attraction and allows herself to hope for love, his past foists a surprise on the new couple and throws Sierra’s life out of balance…again.
For Love or Charity – Book 3
Sydney McCallister isn’t looking for love, especially not from an overbearing man
demanding money for his charity after missing the cutoff date for proposals.
Doesn’t Matthew Coleson realize his organization isn’t the only one hoping for
a grant from the McCallister family? Tired of dealing with the constant stream
of angry people and feeling terribly homesick besides, Sydney wonders if she
should give up on New York and head back to the family’s island resort.

When Sydney’s office is trashed and she receives a threatening message, she’s
certain Matt must be responsible. After confronting him, however, she learns
there is more to this man than is apparent at first glance. There’s
something about his eyes… besides, who can resist a man who helps homeless
people get back on their feet? He seems to truly care about people and swears
he would never hurt anyone. Together, they work to uncover the identity of the person threatening Sydney, and Matt seems determined to keep her safe. Questions remain for her, despite the excitement Matt brings to her life… Does he care about her for herself, or is he more interested in her family money and what that could mean for his charity?

Love’s Ride – Book 4 and Cooking Up Love – Book 5 coming soon!
About the Author: 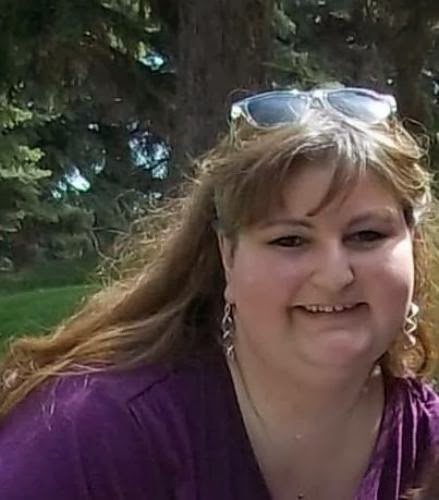 Best-selling author Chantel Rhondeau once thought a great mystery or fantasy book with strong romantic themes was the highest level of reading bliss. After reading her first romantic suspense novel, she never looked back. Chantel is author of six romantic suspense novels, a Christmas novella, and the new McCallister’s Paradise series. She lives in the western United States, and when she’s not writing she loves playing cards with her family, bowling on leagues, and snuggling with her lazy kitties.