●☆●Blog tour Destroy Series by KD Carrillo●☆●
★ ★Self Destruct★★
Series: DESTROY #1
Genre: #RomanticSuspense
Publisher: Limitless Publishing
★SYNOPSIS★
At twenty-years-old, Becca Scott thought she finally had her life under control…
With the help of the people around her, she was able to deal with her traumatic childhood and let go of the pain that haunted her every day. But one unexpected encounter at a lake house would stir up every dark emotion she worked so hard to forget.
There wasn’t anyone Aiden Ryan hated more than himself…
Plagued with a life filled with manipulation and regret, he will try anything to ignore the guilt that eats him alive, even if it means more pain for him in the long run. It’s not until he meets Becca that things start to change.
There’s only one problem—he’s stuck in a relationship he can’t get out of with a woman he doesn’t care about.
Love is complicated, but when two people have demons they refuse to face, love could destroy them. Together, Becca and Aiden try and let go of their painful pasts to be together.
But will their pasts let go of them?
●☆●#ONECLICK●☆●
#KindleUnlimited
AMAZON US
AMAZON UK 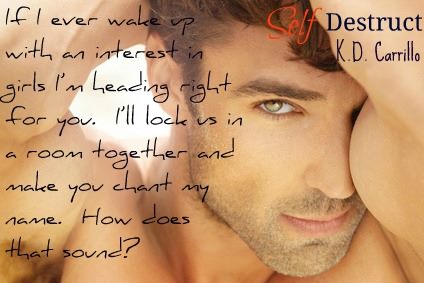 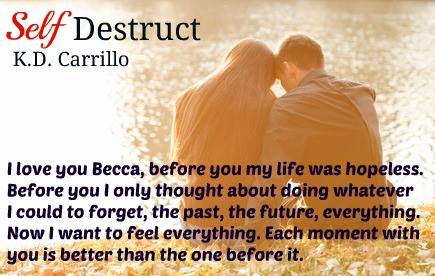 ●☆●☆● Destroy Me ●☆●☆●
Series: DESTROY #2
Genre: #RomanticSuspense
Publisher: Limitless Publishing
★SYNOPSIS★
Kate Kennedy guards her secret from all who know her…
Independent and cunning, she traverses through her life one day at a time. Keeping to herself and living her life on her own, just the way she likes it. However, one man is intrigued by her mysterious ways, despite her attempts to keep everyone at arm’s length.
Reed Martin struggles with the circumstance of his past on a daily basis…
His nights are full of terror and haunting memories. He’s a man looking for his purpose outside of the tragedy that curses his mind, and he thinks he may have found it in a reserved and mysterious blonde.
Can they rescue each other from everything that threatens to destroy them both?
Demons can only hide for so long.
Pasts can haunt.
Secrets can destroy.
●☆●#ONECLICK●☆●
#KindleUnlimited
AMAZON US
AMAZON UK 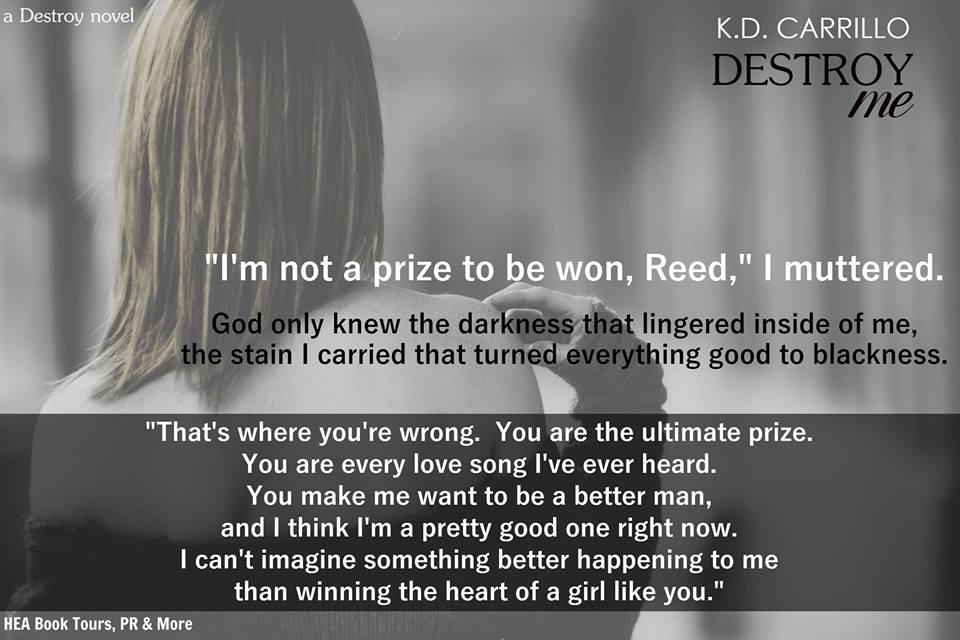 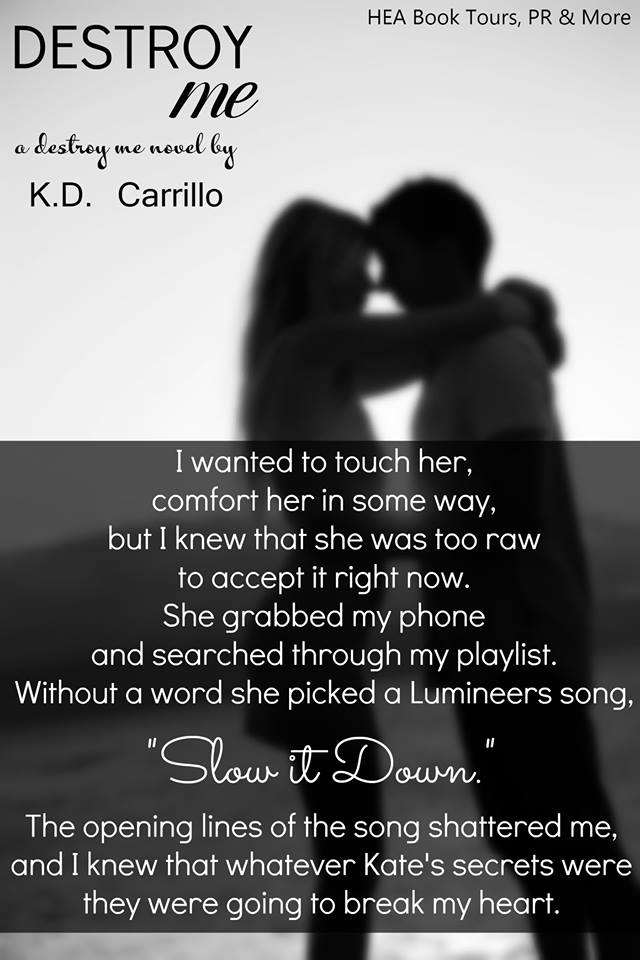 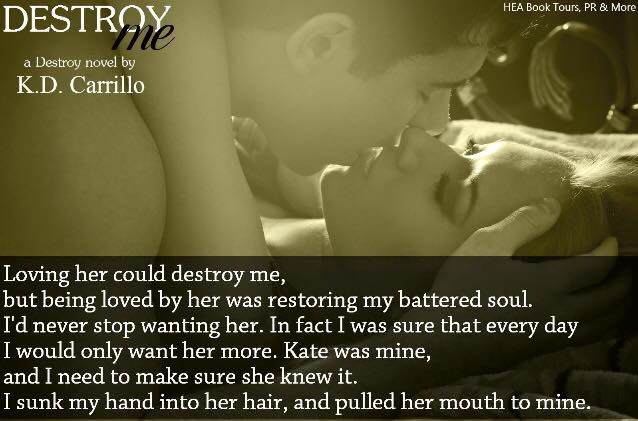 ●☆●About the Author●☆●
K.D. Carrillo
I’m super normal.
I’m a single mom to one. Which is plenty, because my son is a genius.  How many mothers have to tell their children to turn off the documentary about Einstein so they can sleep? I suppose it was inevitable.  My brand of rebelling in college was to minor in French when my advisor told me not to take it.  I’m a teacher by day, and wonder woman by night.  Okay, not really,  But how cool would that be? I like long walks on the beach, and running in slow motion.  Oops,  wrong profile. Seriously,  did I mention I’m kind of a nerd? That’s in now, isn’t it?I live books.  Love isn’t a strong enough word.  I think my first crush was on a Hardy Boy.  Now I’ve moved on to rock stars and tattooed bad boys, as long as they’re fictional.  Talking about myself is weird, because I’m just me.  So anything else you want to know hit up my author page on Facebook.
Facebook
Website
Goodreads